Together with Spoon, Trickle built the biggest Vasaloppet Facebook group in Sweden, as well as driving a successful campaign generating a highly engaged audience and high brand recall for Preem.

Highlighting the connection between Preem and Vasaloppet

The Swedish petroleum and biofuels company Preem has long been a proud sponsor of Vasaloppet, the oldest cross-country ski race in the world. The challenge was to establish a long-term connection between Preem and Vasaloppet’s engaged participants, as well as connect Preem with sustainability and progress.

Trickle together with our People People People partner agency Spoon created a living community– namely, a Facebook group called “Team Preem – For everyone who loves Vasaloppet”, where we worked proactively with content, community management and engagement building tactics to grow, nurture and evolve cross-country skiers excitement for Vasaloppet and Preem. Weekly we posted helpful tips and tricks as well as encourage super users to post themselves, establishing a “team” feel for all participants of the group.

Additionally, a documentary series with cross-country ski legend Gunde Svan was produced by Spoon, for distribution in the group, as well as on Preem’s Facebook page, their Youtube channel and a content hub. The video series gave participants of the group a chance to compete for an exclusive coaching by Gunde Svan and skiing the actual Vasaloppet together with the highly regarded legend. The videos were then used in paid advertising to build reach and engagement, as well as highlighting the community of the Facebook group. We also ran specific messenger ads on Facebook, allowing users to enter the competition that way. 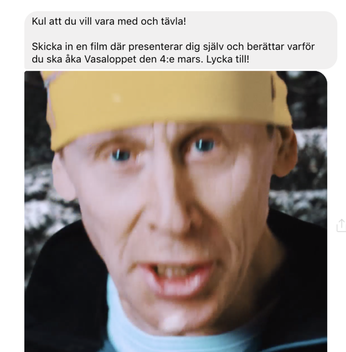 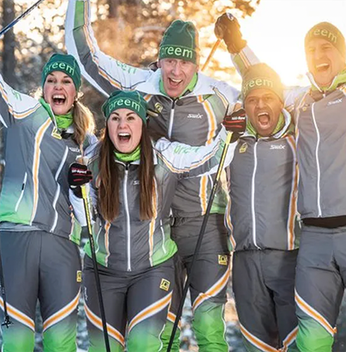 Specific audiences, with adjusted content to catering to their interests in Vasaloppet, cross-country skiing and Gunde Svan.

Combination of video series along with engagement driving “competitions” to increase community members.

Content-series with inspiring episodes leaving members and other users wanting for more.

Comments and/or posts by members.

impressions across all paid campaigns.

in cost per video view, resulting in high return on investment based on budget.

Integrated processes for both storytelling and distribution early in the process helped the campaign leverage the full potential.

Extensive audience analysis to understand messaging and intent in the Vasaloppet audience.

Pushing the tactical envelope a bit, with going beyond "just paid advertising"– i.e. exploring a community and the ideas of messenger ads.